Know the Facts: For the People Act 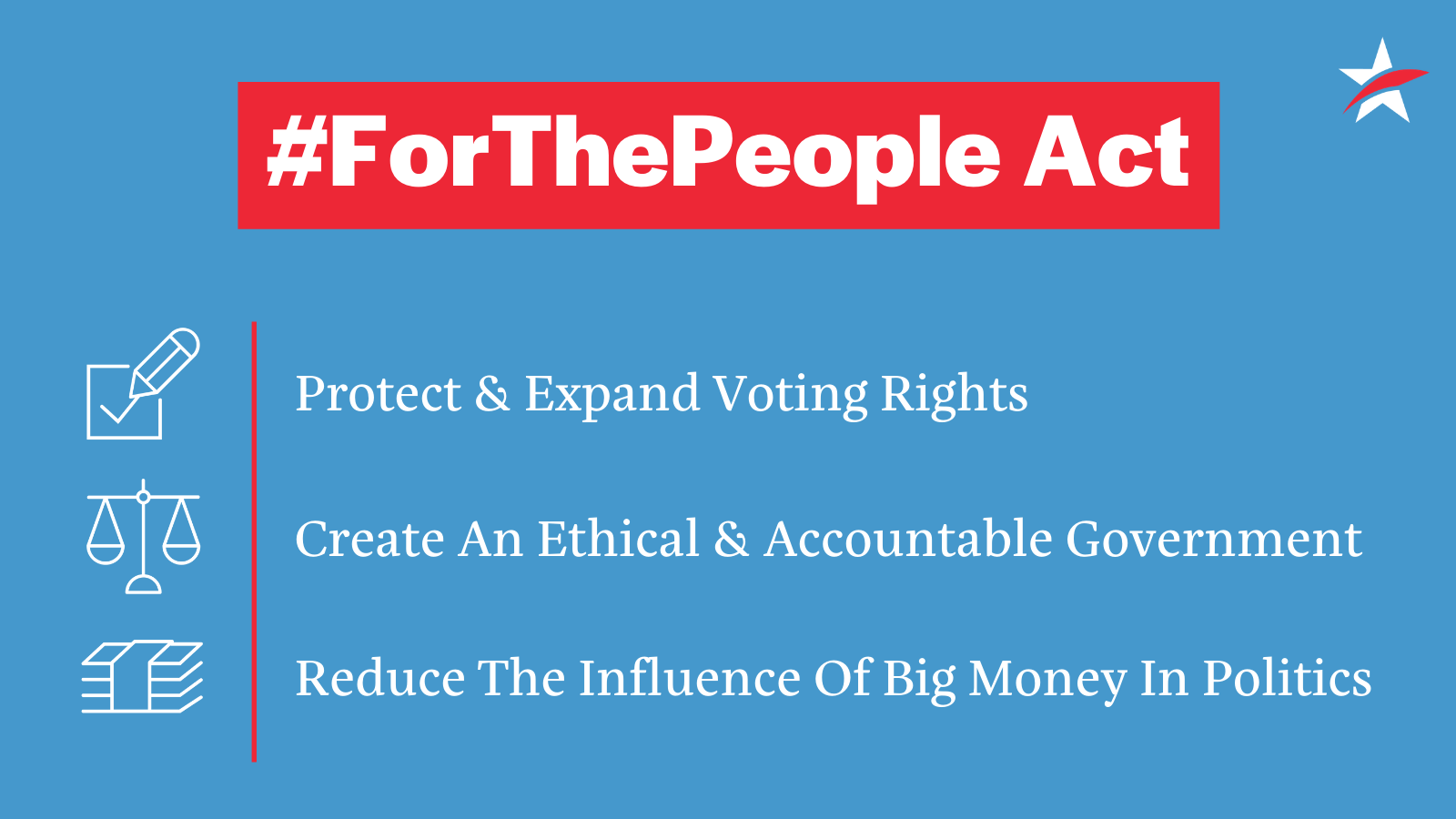 We all deserve to have a voice in our country and have leaders that prioritize strengthening our democracy. Unfortunately, there is a lot of disinformation surrounding the For the People Act, a bill Congress is considering to put power in the hands of everyday people. Partisan bad actors are working hard to spread lies about the integrity of our elections in an attempt to brand the legislation as a Democratic scheme in a lazy attempt to maintain political power.

All in all, the For the People Act is the most comprehensive democracy reform legislation proposed in Congress in decades, as it tackles money in politics, government ethics, voting rights, election security, and gerrymandering.

Use these sharing tools to spread the word

Yes! I want to receive Common Cause action and information alerts.

It's going to take all of us speaking up to protect and strengthen American democracy -- sign up now and you'll get breaking news, updates, and action alerts to make our government work for all of us.